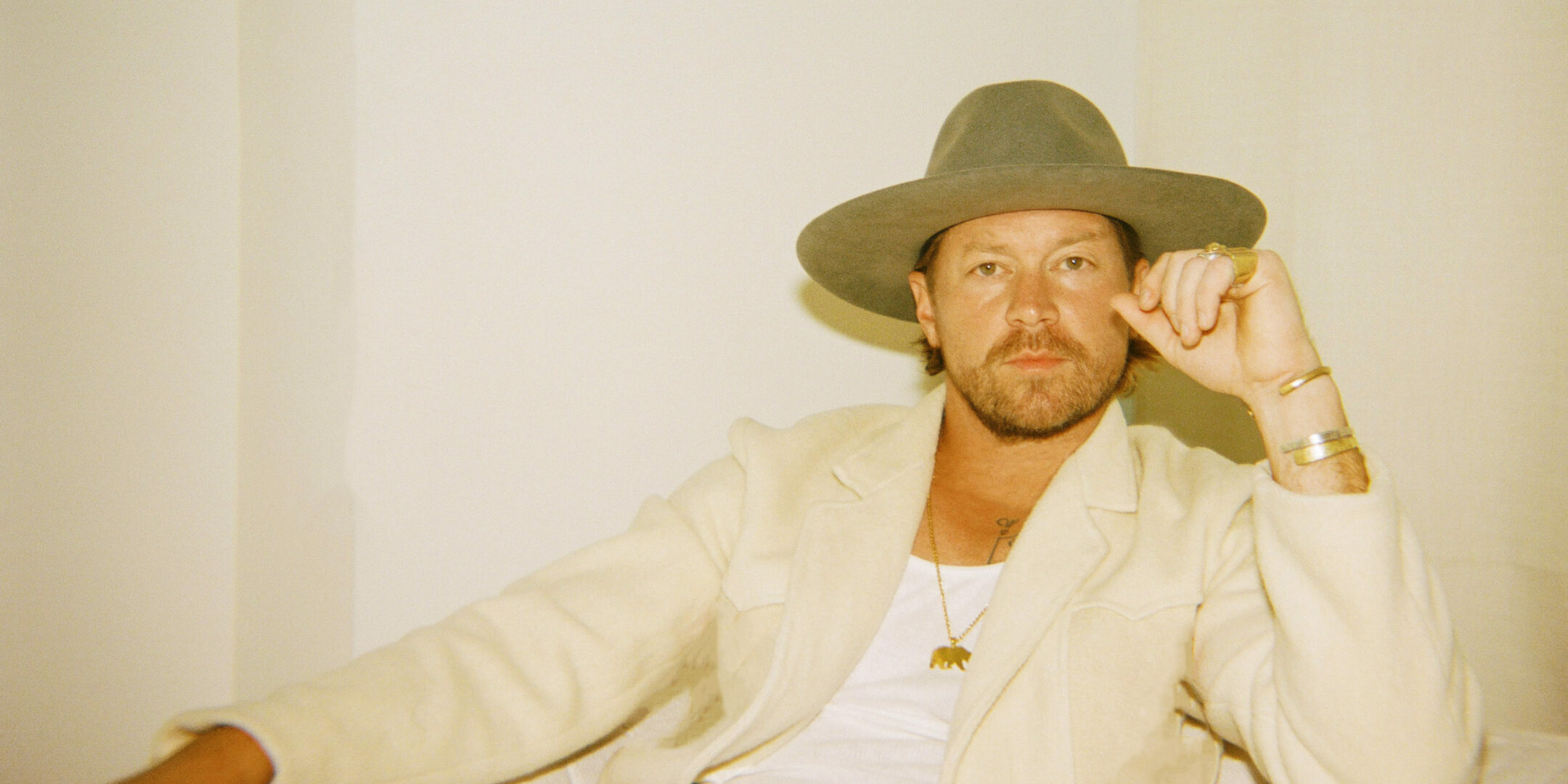 Wilder Woods at The Vogue in Indianapolis on Wednesday, April 26, 2023!

“I’ve heard that wisdom comes from two things: traversing the peaks and valleys that

surround falling in, being in, and staying in love, as well as good ol’ fashioned experiences, the

repetitions and mistakes it takes to achieve excellence,” says Wilder Woods, “but I don’t think

the “comfortable” and dive headfirst into the unknown.”

With his brilliant self-titled debut, Wilder Woods, also known to many as Bear Rinehart, is

doing precisely that. A timeless blend of classic soul, infectious R&B, and modern pop, the

his own distinctive trail through uncharted territory with comfort and style. Simultaneously

vulnerable and self-assured, the songs reflect both the rich well of experience from which

they’re drawn and the bold leap that they represent, pairing intimate, introspective lyricism

with effortless swagger and monster hooks. Wilder Woods is a new side of Rinehart, but one

Drawing the inspiration for his new musical moniker from his two sons, Wilder Rinehart

and Woods Rinehart, Wilder Woods knew he couldn’t expect his sons to see the value in

taking bold, potentially life-changing chances if he wasn’t willing to do it himself. So,

foregoing the comfort and security he’d built across a storied career in music thus far, he set

about building a brand new sound from the ground up, one that was refined yet

approachable, sophisticated yet raw, modern yet classic. He crafted songs with a series of

up with rising producer Gabe Simon, whose indie pop approach proved to be the perfect

counterweight to his own old-school sensibilities.

“This music represents a new direction and something totally fresh for me,” he says, “so I

wanted to find a producer that I had never worked with before who could match that energy.

Gabe was perfect because he came from a completely different musical world, but he was still

Jesse Baylin and Te Watson Twins, record everything live in the studio, humanizing the

intricate arrangements with passionate, explosive performances. The result is a singular blend

of old and new like a vintage Eldorado retrofitted with a 21st-century engine. It’s a

captivating duality, one that mirrors the split personality of the project as a whole.

“There are two distinct sides to this album,” says Wilder Woods. “Tere’s the Wilder side,

which is all about love and flirtation and desire, and the Woods side, which is more serious

and reflective. We all contain multitudes, and you have to recognize and honor all the

different parts of yourself if you ever want to feel whole.”

The record opens with the seductive “Light Shine In,” a gorgeous meditation that revs its way

up from a delicate whisper to a spiritual roar. Fueled by Woods’ stop-you-in-your-tracks

vocals, the songs play out like a Wilder Woods manifesto, a stream-of-consciousness plea that

sets the stage perfectly for an album all about understanding, forgiveness, and self-love in a

world that’s conditioned us to feel like we’ll never be enough. The tender “Someday Soon,”

meanwhile, wrestles with internalized doubt and shame, and the stripped-down “Religion”

As much as Wilder Woods’ children inspired him to put pen to paper on this album, it’s clear

that his wife, Mary Reames Rinehart, is an ever-present muse. He taps into the lightning he

felt the first time they met on the explosive “Electric Woman,” offers reassurance in the face

of uncertainty on “Mary, You’re Wrong,” and imagines the life ahead of them in their new

home on the gospel-influenced “Hillside House.”

about who you are,” he reflects. “Nobody else can give that to you. You have to experience it

from his relentless tour schedule with NEEDTOBREATHE, the chart-topping rock band he

co-founded in his hometown of Possum Kingdom, South Carolina. Bear Rinehart felt as if

he was watching his sons grow up at light speed. He wanted to stop time, if only for a

moment, and write a letter, both to himself and to his kids. Looking back on his own

nominations, multiple sold-out tours, and the like, he asked himself the harder questions:

What would life look like if we strive to enjoy the journey as much as the destination, the

struggle as much as the victory? What risks would we take if we could see our mistakes for the

gifts that they really are?

In that respect, ‘Wilder Woods’ is as much about self-discovery as it is about leading by

example, about daring you to be bold and take your own leap towards realizing your truest

self. Think of these songs as little beacons of light, lanterns to help guide you on your passage

into the unknown. As Toreau put it, “If one advances confidently in the direction of his

dreams, and endeavors to live the life which he has imagined, he will meet with a success

unexpected in common hours.” Wilder Woods is proof of that.

$1.00 per ticket sold goes to the artist's charity.