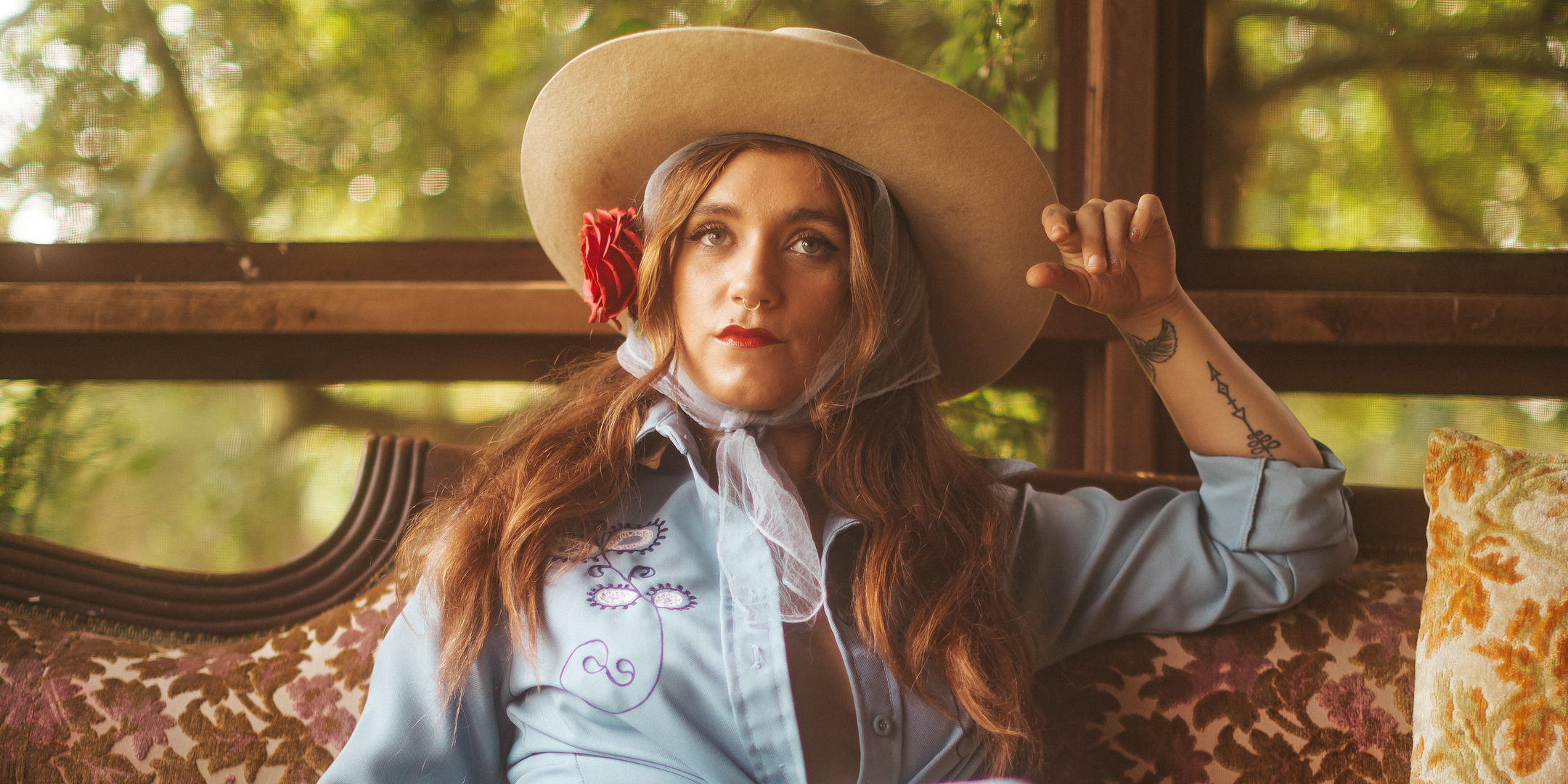 Important Notice: All tickets are nonrefundable and nontransferable with the exception of event cancellation. Support acts are subject to change.

With her spellbinding voice and time-bending sensibilities, Sierra Ferrell makes music that's as fantastically vagabond as the artist herself. Growing up in small-town West Virginia, the singer/songwriter/multi-instrumentalist left home in her early 20s to journey across the country with a troupe of nomadic musicians, playing everywhere from truck stops to alleyways to freight-train boxcars speeding down the railroad tracks. After years of living in her van and busking on the streets of New Orleans and Seattle, she moved to Nashville and soon landed a deal with Rounder Records on the strength of her magnetic live show. Now, on her highly anticipated label debut Long Time Coming, Ferrell shares a dozen songs beautifully unbound by genre or era, instantly transporting her audience to an infinitely more enchanted world.

Co-produced by Stu Hibberd and 10-time Grammy Award-winner Gary Paczosa (Alison Krauss, Dolly Parton, Gillian Welch), Long Time Coming embodies a delicate eclecticism fitting for a musician who utterly defies categorization. "I want my music to be like my mind is -- all over the place," says Ferrell, who recorded the album at Southern Ground and Minutia studios in Nashville. "I listen to everything from bluegrass to techno to goth metal, and it all inspires me in different ways that I try to incorporate into my songs and make people really feel something." In sculpting the album's chameleonic sound, Ferrell joined forces with a knockout lineup of guest musicians (including Jerry Douglas, Tim O'Brien, Chris Scruggs, Sarah Jarosz, Billy Strings, and Dennis Crouch), adding entirely new texture to each of her gracefully crafted and undeniably heartfelt songs.

A consummate musician's musician, Ferrell found an easy camaraderie with the many luminaries who accompanied her on Long Time Coming. To that end, her most cherished moments in the album's production include the recording of the soul-stirring choir-like harmonies of "West Virginia Waltz," as well as Rory Hoffman's impromptu whistling on "Bells of Every Chapel." ("Rory's got one heck of a whistle on him," she marvels). At the same time, the making of Long Time Coming fully affirmed her affinity for lifers like Strings. "Billy's in it for the music, which is something we have in common," she says. "We're just gonna keep playing till we're not on this Earth anymore."

While the wayward sound of Long Time Coming is in many ways a perfect echo of Ferrell's free-spirited nature, there's also a much deeper intention at play: a desire to expand her listeners' capacity for wonder, so that they might uncover some enchantment in their own lives. "A lot of us are taught to wake up, go to work, make money, eat, sleep, rinse, repeat," says Ferrell. "It's so easy to get caught up in that nine-to-five routine, and end up numb and dulled down to everything. I want my music to help people break away from that -- to get lost in their imagination, and start seeing how magical the world can be if you just pay attention."