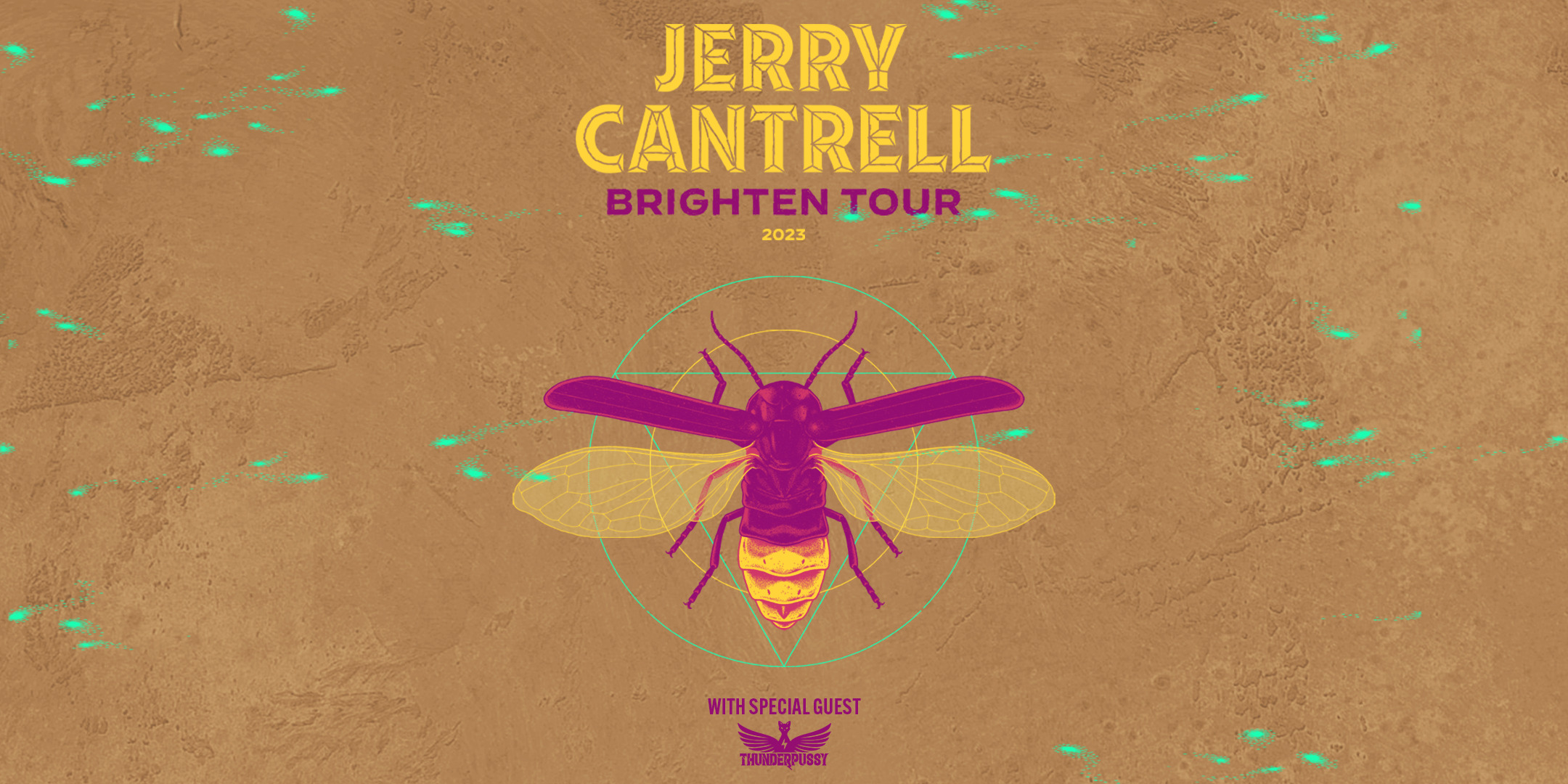 Jerry Cantrell with special guest Thunderpussy at The Vogue in Indianapolis on Tuesday, March 21, 2023!

Beyond the instantly identifiable riffs and equally recognizable vocals, Jerry Cantrell will always be known as a songwriter, first and foremost. Those songs comprise his influential catalog as co-founder, vocalist, lead guitarist, and main songwriter of the iconic Alice In Chains and as a solo artist whose music resounds across culture. He penned three solo albums and appeared on chart-topping records by everyone from Metallica to Ozzy Osbourne, Glenn Danzig, & Deftones. His music can be heard in the films of Academy® Award winner Cameron Crowe and Judd Apatow in addition to blockbuster franchises such as John Wick and Spider-Man. Throughout his career, he’s garnered eleven GRAMMY® Award nominations, logged multiple #1 hits on the radio, sold north of 30 million records, and received the 2020 Museum of Pop Culture Founders Award as a member of Alice In Chains. Not to mention, Guitar World cited him as one of the “100 Greatest Guitar Players of All Time.”

He continues to put the songs first on his third full-length solo offering, Brighten, released on October 29, 2021. Led by the singles “Atone” and “Brighten,” these songs are staples in Cantrell’s repertoire and the larger American rock ‘n’ roll songbook.

An unapologetically rowdy all-female rock band from the Pacific Northwest, Thunderpussy is a loud and proud quartet whose music combines a heavy dose of indie rock smarts and arena rock bombast with a dash of humor and plenty of showmanship. Thunderpussy was formed in Seattle, Washington in late 2013 by vocalist Molly Sides (formerly of This Bitch Don't Fall Off), guitarist Whitney Petty (a veteran of the Grizzled Mighty), Leah Julius (ex-Cumulus and Sundries), and drummer Lena Simon (also a member of La Luz and Kairos). It didn't take long for Thunderpussy to earn a reputation on the Seattle music scene -- their second gig ever was reviewed by a local online music magazine that called it the best show of the year. The band continued to play out regularly in the Pacific Northwest, and in 2016 Ruby Dunphy joined the band after the departure of drummer Simon.