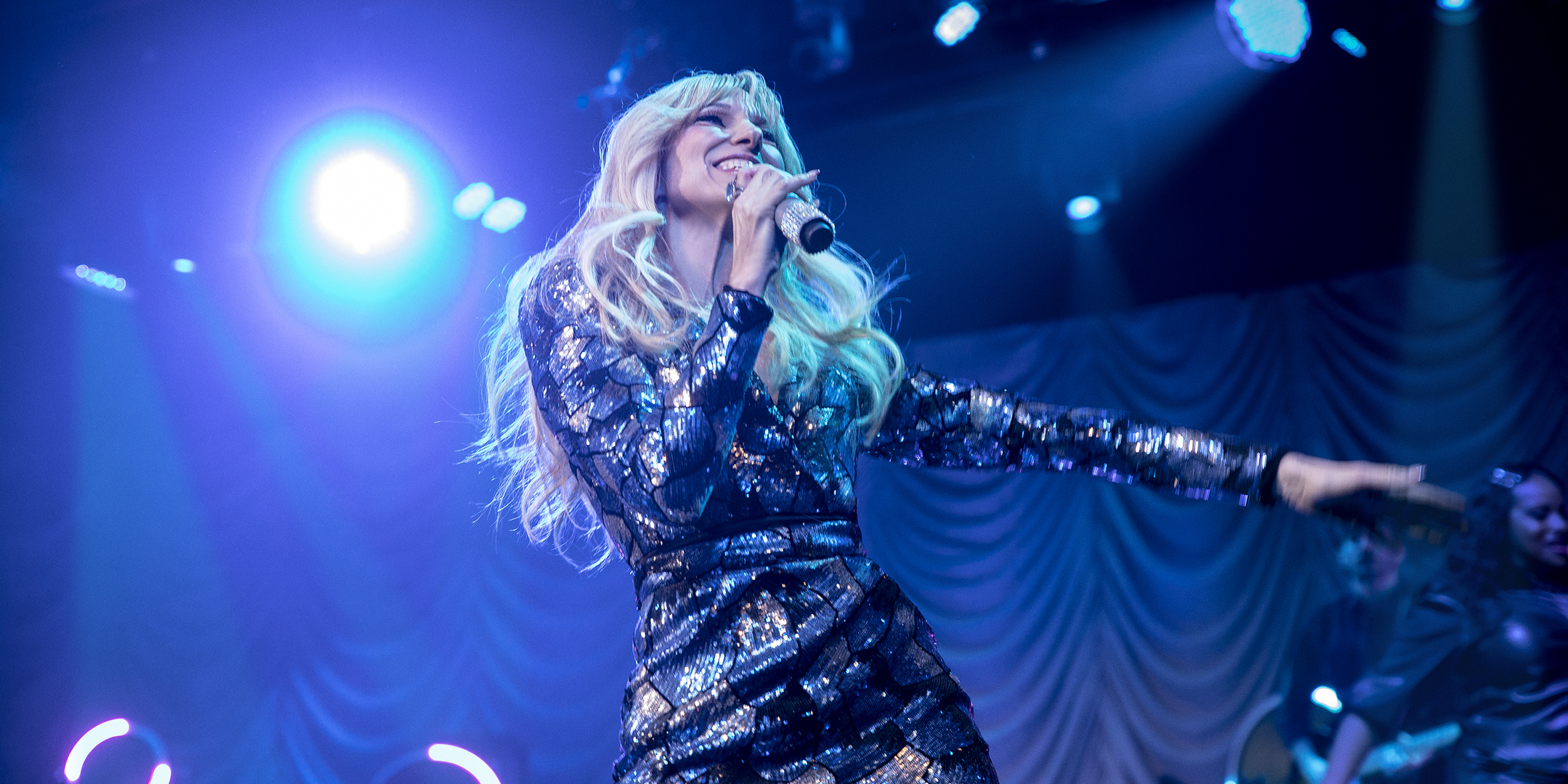 Debbie Gibson at The Vogue in Indianapolis on Sunday, June 5, 2022!

For more than 30 years, Debbie Gibson has proven she’s an entertainer of immeasurable talent. From singer, songwriter, and musician to actress and dancer, she embodies what it truly means to be an entertainer.

A music prodigy, Gibson burst on the Billboard Pop Charts at the tender age of 16 with the self-penned “Only In My Dreams.” The “Original Pop Princess” quickly became the youngest artist ever to write, produce and perform a No. 1 hit song, “Foolish Beat,” on the Billboard Hot 100 and entered the Guinness Book of World Records. To date, she is still the youngest female to hold that record. Gibson has sold more than 16 million albums worldwide and released 10 studio albums and five compilations.

After conquering the pop world with three consecutive albums and world tours, she set her sights on the theater and starred in 17 musicals in 17 years. Gibson made her mark in the Broadway production of Les Miserables as Eponine. She broke box office records in the London West End production of Grease as Sandy. She then took the stage in the U.S. Broadway tours of Grease as Rizzo and Funny Girl as Fanny Brice. Gibson also wowed critics as Belle in Disney’s Beauty and the Beast, Gypsy Rose Lee in Gypsy, The Narrator in the national tour of Joseph and the Amazing Technicolor Dreamcoat, Cinderella in the national production of Cinderella with Eartha Kitt, Velma Kelly in Chicago, and, Sally Bowles in the Broadway revival of Cabaret with Neil Patrick Harris.

In 2016, Gibson created, executive produced and starred in Hallmark Channel’s “Summer of Dreams,” which featured her new, original song “Wonderland” and a new acoustic version of her self-penned, debut, hit single “Only In My Dreams.” The original movie was the highest-rated and most-watched movie premiere in the network’s “Summer Nights” franchise with 2.5 Million total viewers, becoming the No. 1 rated program and telecast on August 27. “Summer of Dreams” was also the week’s most social original movie premiere across broadcast and cable, attracting the most Unique and Interactions on Facebook and Twitter combined than any other original movie premiere. She reunited with Robert Gant to walk down the aisle in the sequel, “Wedding of Dreams,” that premiered September 8, 2018 on Hallmark Channel.

She celebrated the 30-year anniversary of her pop career, including her mega-hit album Electric Youth and biggest single “Lost In Your Eyes,” with her commemorative, retrospective 10 CD / 3 DVD box set We Could Be Together. In 2019, Gibson launched her bi-weekly radio show, “Debbie Gibson’s Mixtape,” on SiriusXM The Blend Channel 16 and performed 55 shows on the mega successful 53-city North American Mixtape Tour that sold 600,000 tickets with New Kids On The Block, Tiffany, Naughty by Nature and Salt-N-Pepa. She also served as a celebrity judge on Nickelodeon’s first ever competition show “America’s Most Musical Family.”

On January 10, 2020, “Girls Night Out” (Tracy Young Remixes) were digitally released. The #VegasVibe remix was the most added record and No. 1 breakout hit making its debut on the Billboard Dance Club Songs Chart at No. 44. The song soared to No. 4 on the U.S. Billboard and U.K. MusicWeek charts. The official music video for the song was released February 13 and subsequent remixes were released from Dirty Werk, John Hohman, Dave Matthias, Kevsi, and Until Dawn. In fall of 2020, Gibson’s debut album Out of the Blue was reissued on blue vinyl as an exclusive to Barnes & Noble and skyrocketed to No. 1 in sales during its pre-order run.

In 2021, her guest starring role in the musical episode of “Lucifer” debuted May 28 on Netflix. Gibson filmed “The Class” with Anthony Michael Hall and Charlie Gillespie. She completed her eight-show engagement “Debbie Gibson & Joey McIntyre: Live from Las Vegas” at The Sands Showroom inside The Venetian® Resort Las Vegas. Gibson’s new duet of “Lost in Your Eyes” featuring Joey McIntyre was released June 4, her new single “One Step Closer” was released July 16, and her first pop album in 20 years, The Body Remembers, was released August 20, all on her own label Stargirl Records. The new album promptly shot up to No. 2 on the Apple Pop Charts and achieved one million streams in one month. Stargirl Records released her new, original song “Christmas Star” on November 12.

Gibson shows no signs of slowing down. She has two original Broadway musicals in the works, one with Jimmy Van Patten entitled “Flunkytown” and the other entitled “Skirts” as composer and lyricist with Hilary Carlip and Katie Ford. On January 14, 2022, Stargirl Records released “One Step Closer Remixes” reaching No. 3 on the Swiss dance charts and No. 4 in Germany. The vinyl release of The Body Remembers was released on January 21.

From No. 1 hits and platinum albums to starring roles on stage and screen, Gibson is a true entertainer with timeless talent and charisma.