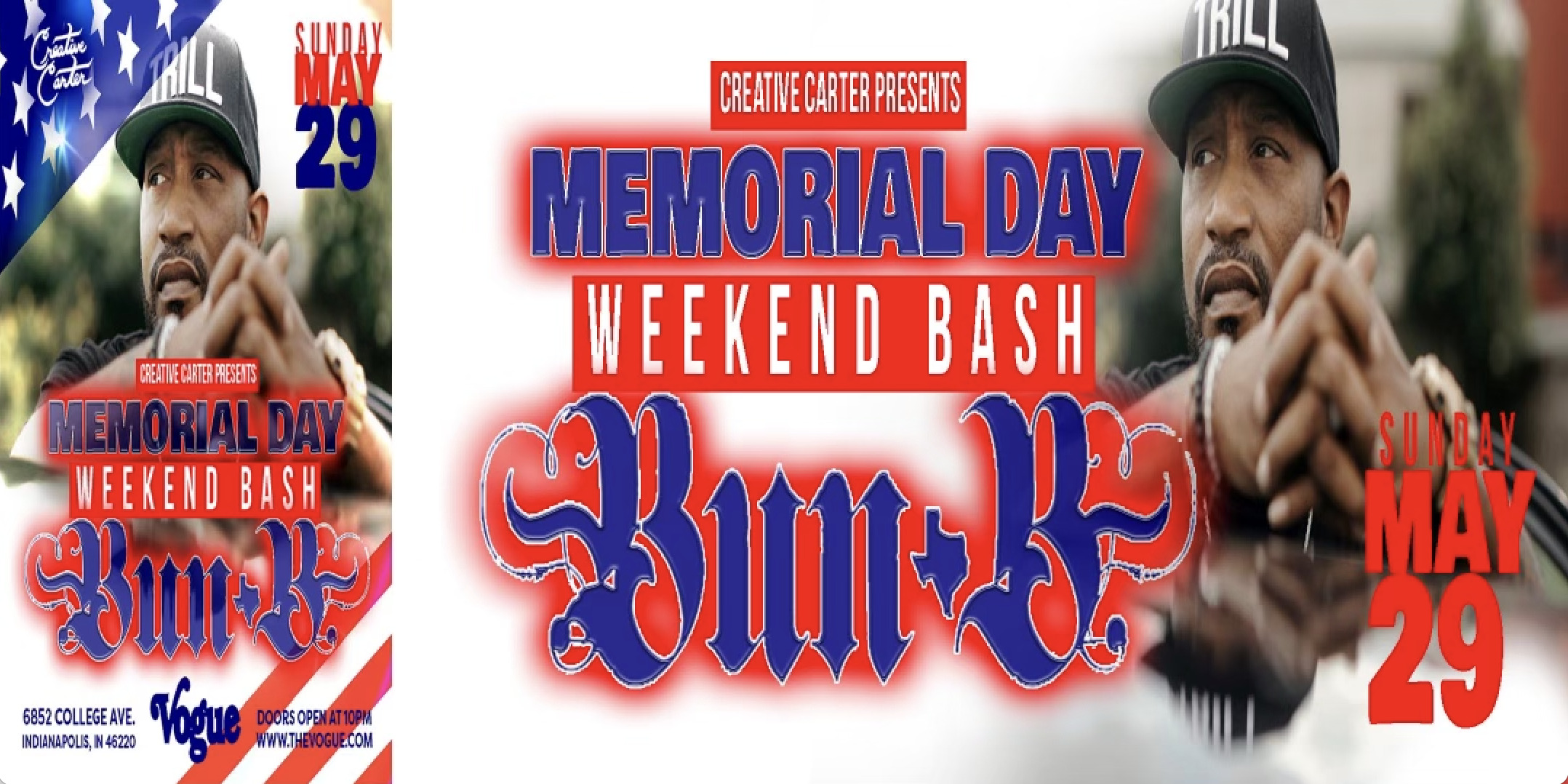 Creative Carter Presents a Memorial Day Weekend Bash with special guest Bun B at The Vogue in Indianapolis on Sunday May 29, 2022

Texas rapper and scene icon Bun B (born Bernard Freeman) rose to fame as part of the duo UGK, issuing a string of U.S. Top 20 hits, including 1996's gold-certified Ridin' Dirty and the 2007 chart-topping Underground Kingz, home to their smash hit with Outkast, "International Players Anthem (I Choose You)." Bun B made his solo debut in 2005 with Trill, extending his presence into the 2010s with Trill O.G.: The Epilogue and Return of the Trill, just as a generation of younger MCs looked up at the influential veteran for inspiration. 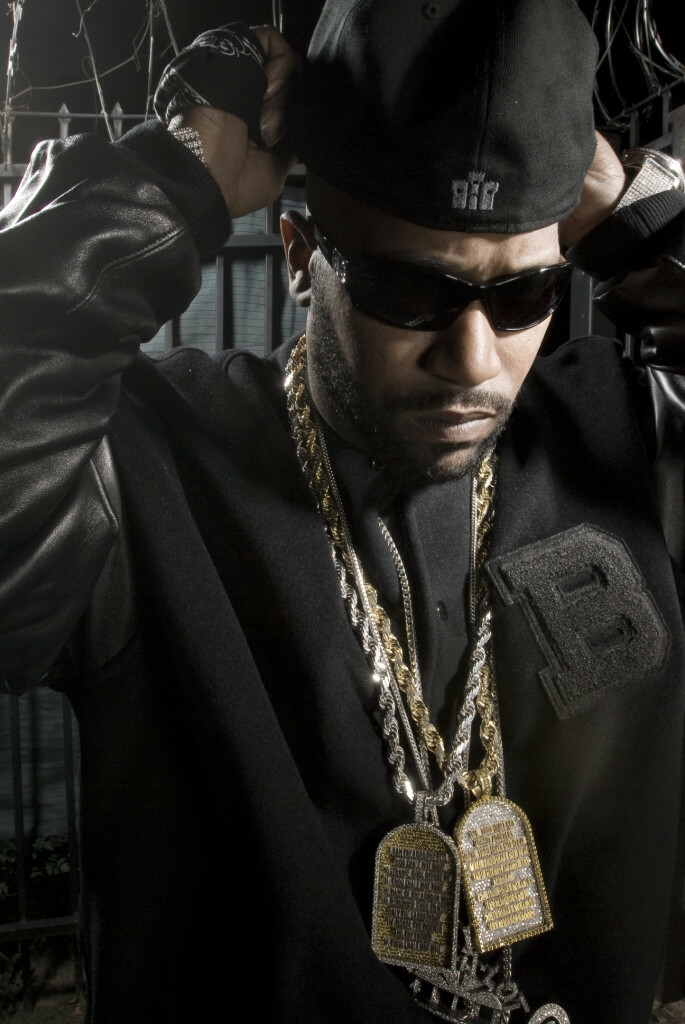 Together with partner Pimp C, Bun B formed UGK in the late '80s when their former crew, Four Black Ministers, fell apart. Based in Port Arthur, Texas, UGK signed with Jive, and with 1992's Too Hard to Swallow began a series of Southern gangsta rap albums that were successful sellers. Bun B formed the side project Mddl Fngz in 2000, but his main concern was still UGK. Things came to halt in 2003 when Pimp C was sentenced to eight years in prison on an aggravated gun assault charge. Bun B carried on solo, making numerous appearances on other artists' tracks and then in 2005 releasing both the mixtape Legends and his debut album, the Rap-a-Lot release Trill, a Top Ten hit that was later certified gold. With Pimp-C seeing early release in late 2005, Bun B returned to UGK. In 2007, the pair released their chart-topping Underground Kingz, which included the hit single "International Players Anthem (I Choose You)" with Outkast. Tragedy struck in early 2008 when Pimp C died suddenly, leaving Bun B to return to a solo career.

His second solo album, II Trill, arrived months after Pimp C's passing. It became his highest-charting effort to date, rising to number two on the Billboard 200 and topping the R&B/rap/independent charts. His follow-up, 2010's Trill O.G., fared almost as well, peaking at number four. A fourth installment of the Trill series, Trill O.G.: The Epilogue, arrived in 2013 and featured guests Big K.R.I.T., Rick Ross, 2 Chainz, Raekwon, and more, as well as Pimp C on a pair of posthumous tracks, "Cake" and "Don't Play with Me." After a five-year silence, Bun B released 2018's Return of the Trill. 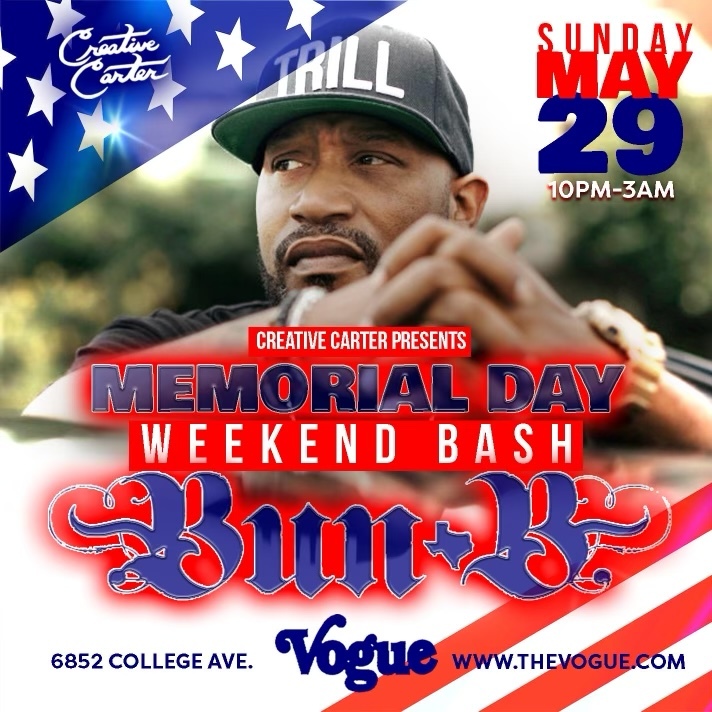